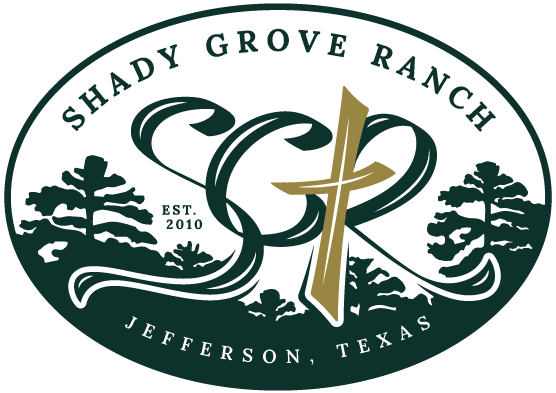 We are a real family-run farm dedicated to producing truly natural and healthy meats using rotational grazing practices, while avoiding the use of genetically-engineered feeds, subtherapeutic drugs, and icky additives to feed, the processing line, and the final packaged product.

What does all that mean??

It seems that if there was something that could be done to mess up modern food, they've figured out a way to do it, and often don't tell consumers like you about it! We believe food matters to good health and we are determined to raise our products cleanly and in a way that enhances the health of the soil, air, and water, that enhances the well-being of the critters, and that enhances the nutritive intake of the eaters--that's us! Read on for more details.

Meet the Cadmans. Matt and Jerica met during engineering studies in college. Jerica was a freshman and Matt was a "super senior," and though Matt stands a good 13 inches taller than Jerica, it seems we were a perfect match for each other! Matt graduated in 2005 and started work in a local engineering firm. We were married in 2006 and began exploring healthier eating around that time due to Matt's 6-year-long battle with ulcerative colitis.

We learned about pasture-raised foods and jumped on the farm-wagon. By the time Jerica finished up her degree in 2008, we had already started making plans to farm because we had seen what real food can do to restore a person's health, and we wanted to use our engineering skills to make that available in East Texas.

Matt's parents, Bailey and Bobbi, caught the vision of starting a healing-farm, and partnered with us to embark upon this crazy dream. In 2010, we moved to Shady Grove Ranch, the same year that our first child was born, and Matt's parents joined us later that year to help us make the dream a reality. Matt and Jerica now have 5 precious children--four boys and just one girl! Jerica's two brothers and mother have also relocated to Texas, and Jerica's mother plays the ever-supportive and essential role of Gigi to all her sweet grandbabies.

Why do we farm?

Early on in college, Matt was diagnosed with ulcerative colitis, a chronic ("incurable") autoimmune disease of the intestine, and was able to keep it in moderate remission for a number of years, but had to be very careful about the things he ate, still not really understanding that this remission was likely temporary and drug-induced. Just after we became engaged, Matt was hospitalized with a terrible flare-up of his disease. He was absolutely debilitated and only by God's grace was he able to escape from the medical machine with his body still fully intact (aka no surgical removal of the colon). After Matt's strength returned, we were married, and Matt faithfully took his pills and followed doctors' orders, eating his prescribed low-nutrient, highly-processed diet, and desperately attempting to avoid sources of bacteria, misunderstanding that not all bacteria are bad. Still, less than 6 months after the wedding, Matt was hospitalized again with the same severe degree of terrifying symptoms. And again, only by God's grace was he able to be released without surgery, and it was then that we started down the path toward healthier eating.

We began implementing traditional eating principles based on the work of Dr. Weston A. Price. Nothing too shocking or strange when one considers what people have eaten for millennia. The foods Dr. Price prized as most healthy have only recently fallen out of favor with the rise of industrialized agriculture and food processing.

But it was hard to find the right kinds of foods raised in the right way, especially here in East Texas. We had a passion to help others struggling with autoimmune disease, so we decided to use our engineering training to become full-time grass-farmers. In 2010, Matt's parents and Jerica's mother all teamed up with us in various ways to begin growing these wonderful, healing foods for East Texans and North Louisianians. We are excited to be here to serve you and hope our efforts aid you on your journey back to good health!

What kinds of foods are really healthy?

As it turns out, there's no magic diet. The foods that are best for people also happen to be best for the land and animals, too! We strive to eat wholesome, old-fashioned foods raised in a natural way and prepared at home without chemicals, preservatives, genetically-engineered foods, and artificial ingredients, and most importantly, animal products from critters raised on living green vegetation. We added things like real mineral salt, raw milk, yogurt, fermented foods, organ meats, bone broth, cod liver oil, probiotics, and grass-fed animal fats like lard, butter, and tallow. We strive to take steps away from commercially processed foods with all the additives shoved in and nutrients processed out, and instead move toward the real, farm-raised foods that our great, great, great grand-parents ate.

Sure enough, as we learned more and more about what to eat and how to obtain and prepare it, Matt began to heal, slowly but surely. Within about 4 years of changing our diet in a major way, he was able to stop taking all pharmaceutical medications. By 2011, he was virtually symptom-free and is still off all medications (praise God!) and now lives a robust and very active life, eating delicious real food and working in the beautiful outdoors to serve others like ourselves--those in need of real, unadulterated nutrients.

What exactly are our farming principles?

This means we work closely with our processors to get back as much edible stuff as we can from our critters, so that those customers who choose to do so, may consume organ meats, bone broth, animal fats, etc. We do not trim off all the fat nor throw away the bones. We encourage you to change your thinking about what "protein sources" really look like in nature--they usually come with lots of fat and bone (made into broth, of course), as these make the protein more digestible, and they enhance the nutrient intake as well!

From the vegetables to the grains to the alfalfa to the animals themselves, we work hard to protect our supply chain from genetically-engineered feeds and ingredients. Genetic engineering (GE or GMO) is not the same thing as cross-breeding. GE takes foreign DNA from an altogether different creature that would otherwise never be able to intermate and unnaturally combines it in hopes of achieving an unnatural outcome. Cross-breeding takes a red cow and crosses it with a white cow to get a speckled cow. Genetic engineering takes the DNA of a flounder fish and forces it into the DNA of a tomato in hopes of getting a frost-tolerant tomato. We feel the risks far outweigh the benefits because this technology has the potential to introduce totally new proteins into the food system. Are more food allergies and autoimmune disease on the rise as a result? We think it's very likely!

For ruminants like cows, goats, and sheep, that really means grass. Not grain concentrates. Not even a little bit of grain concentrates. Not protein tubs. Just good quality grass made better by good grazing management (aka rotation and rest). For omnivorous creatures like pigs, chickens, and turkeys, that means they get appropriate prepared feed but lots and lots of forage also, provided by frequent rotation to new ground.

And they are many... From growth enhancers and poisons like arsenic (not kidding) in the feed, to hormone implants in the ears, to soil-microbe-killing repeat-use vermicides, to pesticides and herbicides, to bleach in the chill water, to MSG, preservatives, and artificial junk in the sausage... it's a long list. Our strategy is to work WITH nature, not against it, to keep our animals healthy and robust, so we don't need to administer chemicals. If ever we have a situation where we must intervene in some way, it is very rare and done with utmost discretion with the end goal of a thriving, self-sustained pasture ecosystem in mind.

This means drugs are not routine, but we do feel they have their place. For example, in the case of injury or snakebite of livestock. In 11 years of farming, we can count on two or three hands the number of times we've actually had to use drugs, so it's extremely rare considering the number of livestock we raise. We do our best to prevent injury and try to catch animal health issues early. We also breed the most robust animals, and cull out non-thrifty ones, so that every generation is more adapted to our climate and production system. We do not use medications to speed growth or counter poor living conditions.

We may occasionally work with other farms to source cattle that utilize calfhood prophylactic (preventative) medicines. In these cases, we wait a minimum of a year from the last dose, before slaughter.

At this time, soy is widely genetically-modified and there are certain properties, such as phytoestrogen and phytic acid content, which are concerning to us. We have chosen to avoid using it for our poultry and pigs. Perhaps some non-GMO soy in moderation would be tolerable with further study, but for now we'd rather avoid it entirely.

We were once those folks who didn't even know how to make homemade rice and thought the only difference between butter and margarine was price, so there is hope for even the most unskilled home cook! We love equipping folks to take charge of their health through diet, and think you'll be delighted by the quality of food you can prepare at home with minimal effort. Join our Facebook group and sign up for our email newsletter to receive tips, recipes, and time- and money-saving advice about how to implement real food.